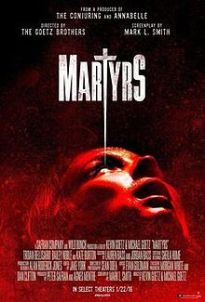 If it were to exist in a bubble, the 2015 American remake of Pascal Laugier’s 2008 French masterpiece Martyrs would be considered a passable yet tepid horror flick that introduced a few interesting ideas but never saw them through to fruition. An acceptable time-waster to stream over Netflix if absolutely nothing else suited your fancy. Perhaps it would be given two stars out of five. But alas, things just don’t work that way. And when held next to the original, 2015’s Martyrs withers and dies — revealed as nothing but a cheap forgery of a towering treasure — a knockoff which isn’t fooling anybody.

Much vitriol has already been thrown in the direction of co-directors Kevin and Michael Goetz, screenwriter Mark L. Smith (who also scribed this year’s wholly undeserved yet most likely to win Best Picture, The Revenant), and production company (and horror hucksters) Blumhouse for having the temerity to go near a picture as complex and brilliant as Martyrs, so I’ll try not to kick those men further when they’re already way, way down. What I will say, however, is that the original Martyrs is one of the most brutal, challenging, visceral, hard-to-watch yet ultimately rewarding and transcendent horror films of this millennium. It’s a film so unflinching in its depiction of unbridled brutality that watching it is a test of endurance that few can endure. And yet, if one manages to stay with it, they will be rewarded with one of the most indelible and uncompromising endings in horror history. It is a film that is the veritable definition of the word “sublime”.

After watching Laugier’s Martyrs, I felt shaken, unnerved and shattered, yet paradoxically stunned, stimulated and in absolute awe of the experience. After watching The Goetz Brothers’ pale imitation, I felt absolutely nothing. After watching the original, I was paralyzed and mentally destroyed (in the best possible way.) The film forced me to confront and ponder dark and profound existential and metaphysical questions; the remake forced me to ponder just what it was I felt like making for lunch. 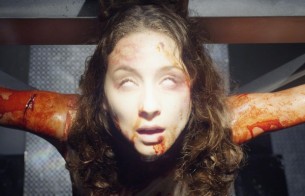 There is no reason for this version of Martyrs to exist. It’s hollower than Henry’s bucket. One is reminded of the octogenarian who took it upon herself last year to restore that Spanish fresco depicting Ecce Homo by 19th century artist Elias Garcia Martinez and ended up turning the religious masterpiece into an amateurish nightmare that resembled a disfigured monkey. At least that desecration of a masterwork was done with the best of intentions and could be chalked up to senility. Alas, the same cannot be said for this.

Avoid at all costs.