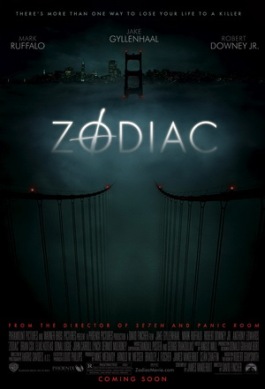 There are several bullshit websites claiming the FBI released a study regarding the connection between propensity for criminal behavior and zodiac signs.

However, there are some studies that point to time of birth affecting one’s personality, even if it can’t be ascribed to the bunk that is astrology.

For example, Finnish researchers found that novelty-seeking behavior was greater in women born in summer months. As anyone who’s watched a single horror movie knows, that’s not a personality trait that’ll help you survive to a horror film’s closing credits. “Let’s take a dip in this watering hole,” didn’t do anyone any favors in the underrated supernatural horror Tourist Trap, for example, and there are countless others.

We decided to delve into the issue of horror movie “survivability” according to the cluster of personality traits outlined according to each zodiac sign, as well as provide some meaty viewing material based on each astrological sign.

Call it a Horror-scope, if you must. 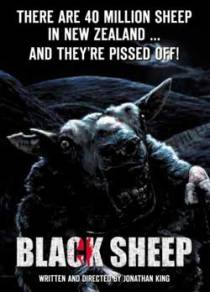 Impulsivity. This Aries character trait won’t prove too helpful if The Shape is bearing down on you in small-town Illinois.

Impulsivity is closely correlated with risk-taking and problem behavior, and young adults/teens, who form the bulk of the victims in horror films, respond differently to stimuli as their brains aren’t fully developed.

Men and women are both prone to sensation-seeking, and peak at roughly the age and victim profile that Jason Voorhees prefers.

It’s the kind of thing that has people disappearing to frolic in the woods or to go drinking in an abandoned mental asylum.

Celebrity Aries: Sarah Michelle Gellar (The Grudge, I Know What you Did Last Summer), Tim Curry, (It, The Rocky Horror Picture Show). 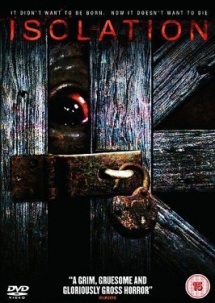 Taurus lacks the leadership skills required to make it to the 90-minute mark of a horror film, the point where law enforcement has finally arrived to cover the remainder slasher movie survivors with blankets.

Luckily, as a group, Tauruses are loyal and dependable. Then again, loyalty is what gets a lot of people killed. It’s pretty important to split up if you’re being hunted down by a remorseless, methodical killer, especially in an 80s slasher. Loyalty be damned.

Taurus-related horror film: Wags dubbed it “Old MacDonald meets The Thing” but give credit where credit’s due: Isolation is a pretty dark and effective thriller and that’s no bull.

Their chances of survival increase two-fold if there are two of them, but that may be a too literal interpretation.

According to astrological dogma, Gemini are sociable and ready for fun. That means getting them to the party, and by extension the house that’s being terrorized by a maniac, isn’t too hard.

Gemini-related horror movie: Everyone knows The Shining, but the exemplary Austrian horror film Goodnight Mommy is also worth a look.

Wracked with self-pity and plagued by being oversensitive, Cancers also enjoy hanging out by the water. Basically it’s the sign least likely associated with horror movie survival.

They’re also highly pessimistic, but wouldn’t you be given the above?

Cancer-related horror movie: When a group of scientists studying the effects of nuclear radiation disappears, all hell breaks loose in Attack of the Crab Monsters. 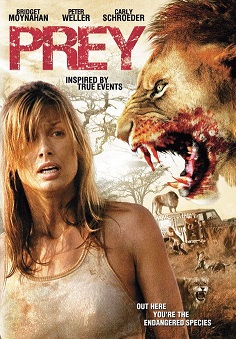 They have a zest for life and can be overly confident, neither of which are helpful survival traits.

Also, they have a zest for travel…Look where that got road-trippers in The Hills Have Eyes and Wrong Turn.

However, Leo signs are creative and born leaders…and every group needs a leader.

Leo-related horror movie: There’s Prey (above), and also Dick Maas’ lion-on-the-loose in Amsterdam feature of the same name. However, we recommend the bizarre Roar (even if it’s technically not a horror movie. But tell that to Melanie Griffith).

Virgo types are allegedly very independent. They’re also analytical and observant. Virgos need to be counted upon to carry Cancers.

However, their negativity could get the better of them.

And when faced with the unflinching, unrelenting force that is say, Pinhead, it’s vital to stay positive in order to stay alive.

Virgo-related horror movie: A modelling ruse lures attractive women into a coven in The Virgin Witch. 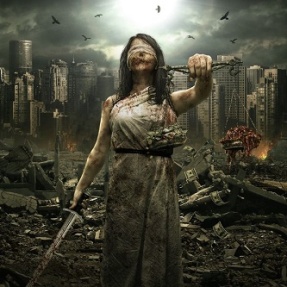 Superficial, unreliable and vain, Libras are the perfect first victim and are most likely to go fix their makeup or doff their clothes at a moment’s notice.

They’re also prone to self-pity. However, if they’re cooperative enough, they stand a chance… 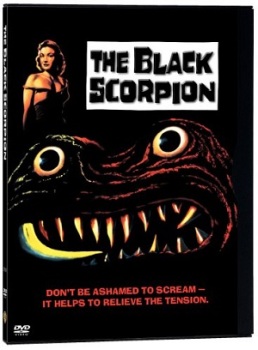 Scorpios prefer solitude, which is a double-edged sword. It’s great if you’re attacked in a group, but not so good if you venture out into the woods to use the outhouse late at night.

However, Scorpios’ bravery and resourcefulness more than make up for it. Being distrusting is another plus, as is their strength. They’re cool under pressure, and that can come in handy when being attacked by say, the Firefly or the Sawyer families.

Neither of these personality features seem particularly useful for heightening horror life expectancy. Nor do carelessness and impatience. Their zest for new experiences and knowledge are a huge drawback as well…

We all know the denouement of Hostel. And the foursome seeking out weird roadside attractions in House of 1000 Corpses…um, that didn’t end well.

Archer-related horror films: Deliverance and its crossbows are infamous, as is Kevin Bacon’s arrow-related demise in Friday the 13th (one of three arrow-related offings in the Crystal Lake series).

Resourceful and responsible. Determined. Persistent. They’re disciplined, plus they expect the worst.

Here is a zodiac sign for a person most likelyto become a Final Girl. 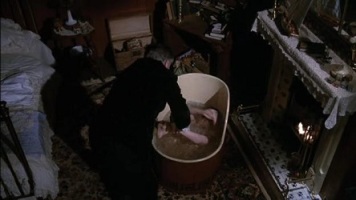 They like fun with friends and helping others. Big caveat there.

However, they do tend to have trust issues, which is always a plus. That would’ve proved beneficial in say, The Hitcher.

Aquarius-related horror movies include The Changeling, which features an infamous drowning scene, as well as the excellent low-budget feature, Open Water.

Solitary and overly trusting? Uh- oh. Another knock? Their love of swimming and spirituality…

Pisceans also favor romance and sometimes act as a martyr, or, like Martyrs.

CHECK OUT OUR BOOK: Death by Umbrella! The 100 Weirdest Horror Movie Weapons and the Really Awful Movies Podcast.