We’re proud boosters of Canadian film, particularly horror, but have been dialing into some of the stellar exploitation films this country has produced, such as Siege, Search & Destroy, Death Weekend and many others. It’s going to continue to be an obsession going forward, even if these films are frequently and increasingly difficult to find.

For those who are interested, this site’s co-founder Chris has an article over at Daily Dead celebrating below-the-radar backwoods Canadian horror on this auspicious day.

We may not have won the genetic lottery (one of the many reasons we’re podcasters and not YouTube standouts) but we definitely won the geographic one. It’s such an honour and a privilege to hold Canadian passports. And it’s incredible how much talent our country has produced.

We’re going to continue to showcase exceptional Canadian film, both new (In the House of Flies, Turbo Kid, White Raven) and old (Black Christmas, Happy Birthday to Me, Curtains). Interested readers can check the tag “Canadian film,” for all the movies we’ve covered which have either been filmed north of the 49th parallel, or whose crew/creative talent were/are from here. 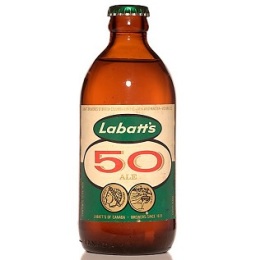 A reminder: we’re the hardest working men (not) in show business, uploading new podcast episodes every Friday, covering a wide array of genre film, predominantly horror. Follow us, leave a review on iTunes and don’t forget to pick up our book, Death by Umbrella! The 100 Weirdest Horror Movie Weapons (foreword by Lloyd Kaufman) where we’ve gone out of our way to include some choice Canadian deep cuts.

Enjoy the day off, and since our long weekends overlap, a happy Fourth of July to our American cousins.

Have a good one, eh!
REALLY AWFUL MOVIES